Is the European Union finally moving to an economic – not just a monetary – Union? 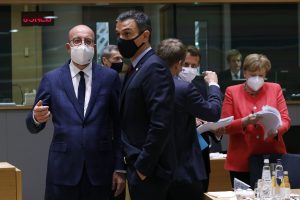 There is not much of a market just now for optimism about our economic, social, political or environmental future. In the wake of the Covid-19 pandemic, we face the worst economic crash in more than 100 years and potential climate change disaster. But the outcome of the marathon five day Brussels summit sets out a strikingly encouraging new direction for the European Union.

The significance of the Brussels summit is not simply the sheer size of the 1.2 trillion Euro stimulus to be given the EU economy but the unprecedented scale of the collective borrowing the EU will make on world financial markets to finance that recovery strategy. Of the 750 billion Euro to be invested in post Covid-19 economic recovery, an unprecedented 390 billion Euro will be in grants, not repayable loans. To pay for the increased collective borrowing programme, the summit also agreed – in principle – to new common EU taxes. These include levies on plastics, on polluting imports and a digital tax. Although details remain to be agreed this is a radical step towards a common EU fiscal policy.

The EU heads of government also agreed on a more than 1 trillion Euro seven-year EU budget.  Opposition from some richer, northern European states meant the proposed budget, though much bigger than the current budget, is a little smaller than the Commission had originally proposed – something the European Parliament may be reluctant to agree to.

The success of the European Council marathon reflects the remarkable revival of a recently dormant Franco-German alliance. It also indirectly reflects the political impact of Brexit. The opposition of the so-called Frugal Four (Netherlands, Denmark, Austria and Sweden) was massively weakened by the absence of the traditionally super-sceptical UK government.

There was also strong support from the Italian and Spanish governments for an ambitious new direction for EU economic strategy in place of the discredited austerity obsessions of the past. The EU summit reflected growing acceptance by public opinion that the scale of the Covid crisis demands a radically different response.

The EU still faces the backwash from a looming global slump in output, trade and employment. This can only exacerbate already widening levels of wealth and social inequality with the worst impact being felt by the young. Authoritarian and/or unstable populist regimes from China and Russia to the United States, Brazil and India threaten a fragile global order with trade conflict and worse.

The next immediate challenge facing the EU is to act on the promise of a radical European Green New Deal. The proposals launched by the European Commission in December 2019, outline a comprehensive framework of regulations and legislation aimed at achieving the EU´s targets of net-zero carbon emissions by 2050, and a 50% to 55% cut in emissions from 1990 levels by 2030.

As the World Economic Forum has pointed out “Achieving this transformative agenda and making Europe a leader in the global climate transition requires a massive mobilization of public and private investments. The Commission estimates that reaching the net-zero 2050 target requires at least €1 trillion of public and private investment over the next decade.”

Much of the present global turbulence was prefigured in the financial and banking crisis collapse in 2007/8. Only after much confusion and dithering were measures taken by the EU institutions – notably by the European Central Bank – to avert a disastrous monetary fragmentation of the EU itself.

The strengthening of monetary union at that time was not matched by greater economic or fiscal integration. Indeed, the grip of free market austerity economics and visceral opposition to fiscal transfers to poorer Member States remained as strong as ever in some key EU states – notably Germany. The scandalous imposition of an economic straight jacket on the Greek people a decade ago shook the very foundations of the EU itself.

A little over a decade later and the political and ideological mood across the EU is changing radically. Austerity economics are discredited. Gross social and wealth inequality are seen as intolerable. There is greater awareness across the EU of the fragility of the natural world and how its gradual destruction incubates life-threatening pandemics. Nowhere are these changes more striking than in Germany.

It is still too soon to predict with any confidence how the EU will collectively respond to these wider global economic, social and climate change challenges. But having taken the first significant steps towards an eventual system of European Union economic governance since the era of Jacques Delors we can take some encouragement from the outcome of the Brussels summit.

The logic of the changes which were agreed by the five day Brussels EU summit may, however, demand still further and more radical changes in future. It against this background that the European Union will have to decide whether the wind of change must also sweep through the forthcoming Convention on the Future of Europe and lead to major new reforms of the EU constitution itself.