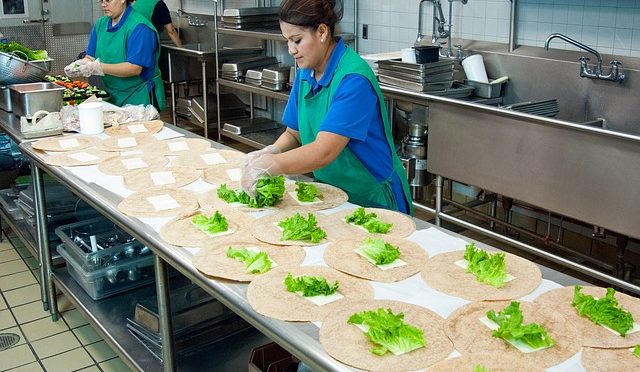 by Vicky Pryce
Economist & Business Consultant; Board member at the Centre for Economic an Business Research and former Joint Head of the UK Government Economic Service

I remember in a long past age – ok, just a couple of decades ago – how the family was gripped by the then new tv series 24, where Kiefer Sunderland, son of Donald, went through an action-packed hour each week as the clock ticked down the 24 hours – fighting the bad guys, being misunderstood by his superiors, caring for his family, and in such a frenetic way that left you exhausted after the hour was over each time. By the end of the 24 hours he had always saved the planet – or at least the US. Well, for 24 hours read the 31 days of the month of March – a bit longer but just as intense, except we are still in suspense about its ending.

We started in normality – the economy seemed to be recovering as the political uncertainty at least had been lifted by the large Conservative majority in the December 12 elections. Although the post-Brexit trade relationship with the EU still hang over the markets, as well as concern about new immigration rules that were being worked out, consumer and business confidence had started to improve and house prices were also picking up. Money flew back into commercial property and the talk was of a ‘Boris bounce’.

The focus in that brief honeymoon period for Boris Johnson and his team was on finding ways to meet the manifesto commitments of redirecting resources to the towns, cities and regions that needed it to ‘level up’ with huge planned new investments, including the vastly above original budget HS2. The Treasury would transfer parts of its operations outside London to have its ear closer to the ground. The ‘Green Book’ would be rewritten to allow infrastructure investment to move more freely to the North. Austerity was supposedly over (disputed in fact by most economists). Sajit Javid was duly replaced as Chancellor by up and coming slick performer Rishi Sunak. Tough new immigration plans were announced for unskilled workers post transition, with the Home Secretary Priti Patel announcing that ‘we must stop relying on cheap EU labour’. And the Prime Minister declared his full confidence in her when her permanent secretary Sir Philip Ruttnam resigned threatening legal action against her for bullying and undermining him.

That was on February 29. An age ago. And then everything started going downhill. As official data tracking the real economy’s progress got published it became obvious that GDP was stagnant in January and the February floods had reversed January’s much touted pick up in retail sales. With the threat of the coronavirus epidemic finally starting being recognised first in the budget of March 11 and in the weeks that followed, it has meant a vast increase in resources to the NHS and business and individual support. The middle of March was unrecognisable from the beginning and March 31 found us in serious lockdown.

The crisis is costing the economy dear and it may take quite some time to recover with a lot of businesses going to the wall. The idea that we may still want to leave the transition period by December 2020 makes little sense in the current circumstance. Face to face discussions are not happening, all has been set back. The fact that both the UK and EU chief trade negotiators, David Frost and Michel Barnier, caught the virus makes the chances of agreeing anything by the end of June as was originally the plan seem remote. Businesses in any case are unlikely to relish yet another cost on top of the catastrophic ones they are facing now. And it is becoming obvious that the enforced cutting of connectivity with the outside world, particularly with the main region to which our exports go, is disastrous for the economy.

So, expectations are that at least the current state of emergency is allowing the Prime Minster, himself struck by the virus, to have a get out of jail card – he would have had to have delayed the deadline for ending the transition period anyway and the coronavirus has given him an easy route to delay. Assuming the crisis comes to an end at some point soon, with an extended transition period, movement of people between us and the EU can resume, though health checks and tighter control of borders may still restrict that movement for a while. The fall in EU net immigration numbers to the lowest since 2003 just before the crisis really hit was already a worry to many sectors of the economy and the OBR was warning about the loss in productivity and a negative impact on the budget deficit and growth if that inward migration ceased.

There is however a good chance that the crisis may lead to a more fundamental re-evaluation of the type of immigration system we might want as a nation. Already by mid-March survey evidence was showing that immigration had become a relatively low priority for people across the UK, coming ninth by comparison to first in 2016.[i] The experience with the crisis since must if anything have shifted that even further. The first three doctors to die from the virus were all immigrants.

One of the many flaws of the new immigration plans post transition is the question of equating skills with pay. Those earning above £25,600 will find it relatively easy to come in from around the world, those below that will have to pass lots of other tests to qualify. But the current health crisis has also demonstrated that we have consistently undervalued – and underpaid – most of those working in areas now considered essential: nurses, paramedics , delivery drivers including of food orders, postmen, corner shops, supermarket cashiers, teachers who carry on online lessons, nurseries and school staff still looking after vulnerable children and those of key workers, warehouse employees, shelf stockers, people manning jobcentres – there or from a distance-, lowly bank cashiers, cleaners, rubbish collectors, bus and train drivers, truck drivers , policemen, ambulance drivers, firemen, army personnel, call centres, launderette and dry cleaner workers, charity volunteers, social workers, fruit and vegetable pickers. Many of them have in the past few decades come from elsewhere in Europe and the systems wouldn’t work without them. Of course we still need the doctors, scientists, epidemiologists, the bankers to grant the loans the government wants them to make available to individuals and business, IT workers to keep vital online systems going.  But can all the others on whom we now so critically depend in all honesty be considered ‘low skilled’ and therefore not wanted?

There is now a golden opportunity to rethink. But the worry is that much of this will go by the wayside if we end up with the type of unemployment increase that we expect will happen, maybe 10% or more. The urge to use the indigenous population in a recovery first could well lead instead to calls to restrict the use of foreign workers and renewed resentment against those who may be able to still come easily from the EU if the transition period is extended. If this occurs it will be a wasted crisis as far as rethinking immigration is concerned. It will be such a waste of a chance to use a crisis to good effect.